The rock walls of Ireland make for a harrowing driving experience. Is it calamity or comedy? Do musicians love song requests or not? How to stand out with good food. The Lost Druid Brewery tells their tale. Why do musicians forget lyrics during shows? I can’t speak for most musicians. But I will share my reasons. 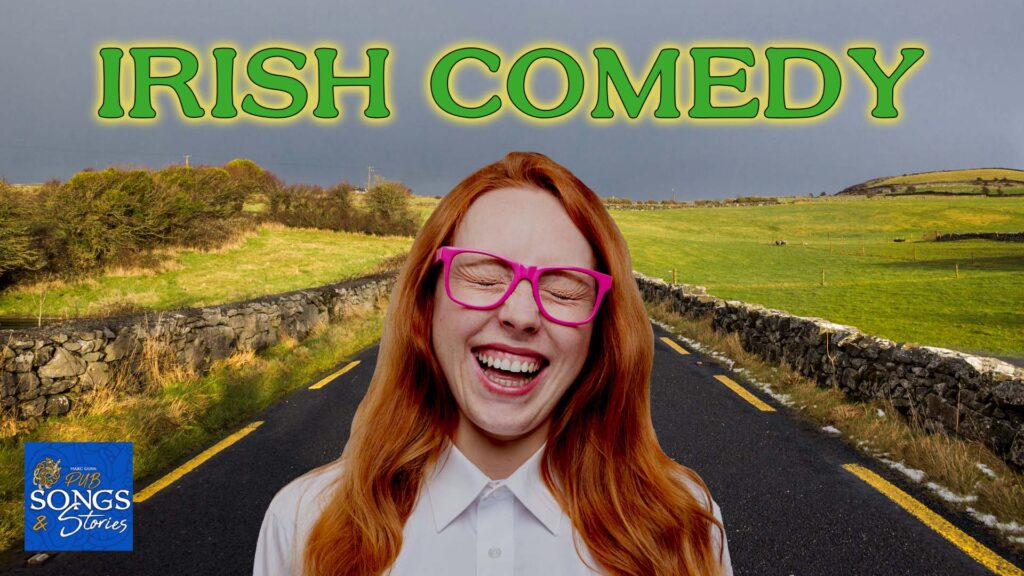 Welcome to Pub Songs & Stories. This is the Virtual Public House to share stories and inspiration behind music with your host Marc Gunn. Subscribe to the podcast and download free music at PubSong.com.

5:05 - CONCERNED FOR AIR, NOT CLIMATE CHANGE

One of my big goals with mentioning the Climate Almanac in the last show was to start a discussion. Someone emailed me last week. They responded “my concern about air and water (not climate change) are more health related than political.”

I know I didn’t make myself clear. My fight against climate change is not political either. I don’t care about your politics. Sure 95% of all Climate scientists say human-made climate change is real. And so yes, I trust the science. If you wanna call that political, that’s up to you.

But I’ve been passively supporting the environment long before the climate change discussion began, back when I was a member of the Surfrider Foundation in college, when I was actually studying to be a marine biologist.

But I’m not talking about climate change for the science I can’t see, but rather for the empirical evidence that I can see. And you can see.

We both see and feel the repercussions of pollution. I remember picking up a Budweiser beer can that someone left on the bank of a lake in Alabama. That’s something you can see. Or have you seen the oil film left on the water of a lake?

My friend pointed out the public health effects on asthma. In Texas, they frequently have air quality warnings. I didn’t need the warnings. Every time one of those days came about, I used my inhaler BEFORE I heard the warning. For those of us who live with asthma. That is something to fight against. And it will get worse.

Taking care of the planet is an everyone issue. Remember that the human population on earth grows exponentially. It might not affect you… right now. But it will one day. Because more people means more pollution. Whether that’s air pollution, water pollution, whatever.

You, your kids and other people will feel the effects. We are a community. So we should take care of one another.

So even if you don’t believe scientists who warn about human-made Climate Change. There is no harm done in supporting the Climate Change movement. Even small changes can make a big difference over time. Because if each of us makes a small change, that means BIG change. That’s what the Climate Almanac is about.

There’s a lot of great new music added to our Best of 2022 playlist on Spotify and Amazon Music.

Listen to the playlists on Spotify or Amazon Music. 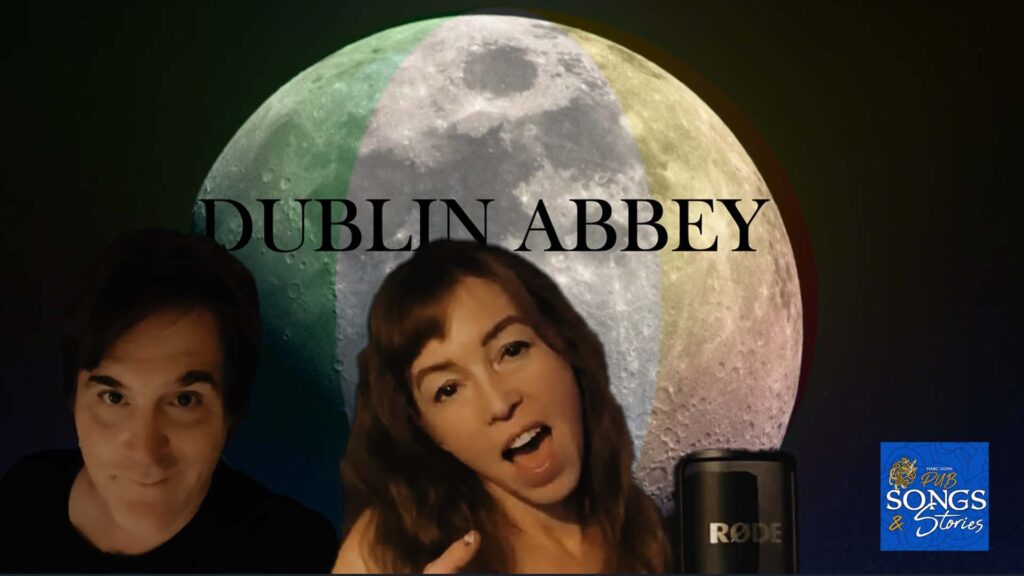 Have you ever driven in Ireland? The roads were not made for our modern automobiles. They’re kind of narrow. It comes with its own challenges.

Dublin Abbey is a band out of Seattle. They share their story of driving the narrow rural roads of Ireland.

21:50 - “Jousting With Jalopies” by Dublin Abbey from Single

It is always interesting driving in Ireland. Those narrow roads are just crazy. It’s actually very fine art to drive in them. While also doing it on the wrong side of the road. Sometimes even with a stick shift. I can definitely appreciate Dublin Abbey’s comedy 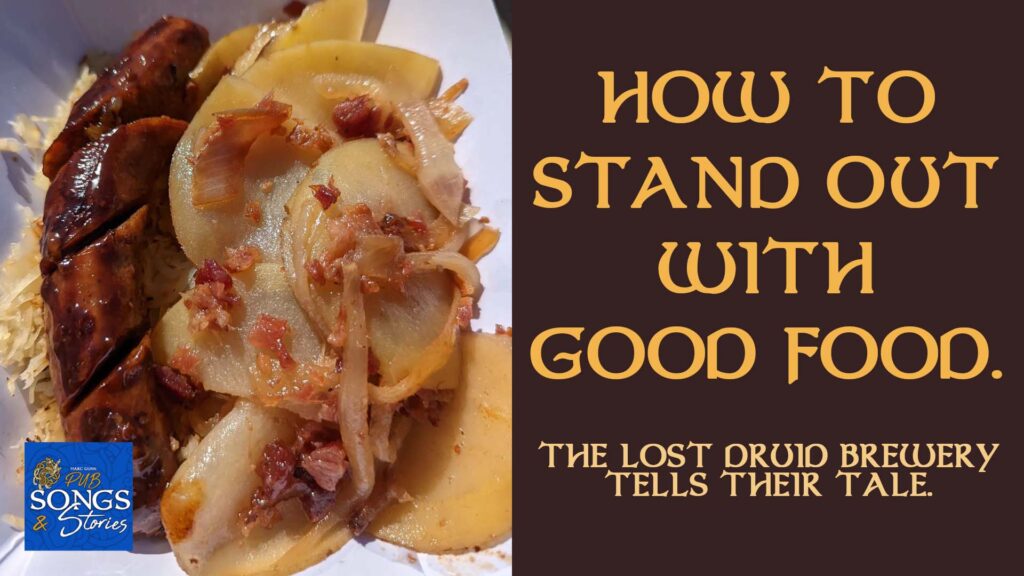 24:04 - HOW THE LOST DRUID BREWERY STANDS OUT WITH FOOD

I love good, creative, interesting food. I’m happy to say The Lost Druid Brewery stands out on that front. And there’s a reason as Rob and Stacia will tell you about.

The musicians on this podcast are happy to share their music freely with you. However, if you hear something you love, these artists need your financial support. Please visit their website, sign up to their mailing list and buy something. Your purchase allows them to keep making music. And if you’re not into the physical stuff, many artists accept tips or are on Patreon like I am. So please support the arts.

If this show made you happy, then you can also join the Gunn Runners Club on Patreon. Your support pays for the production and promotion of my music and this podcast. If you have questions or comments, drop me an email. 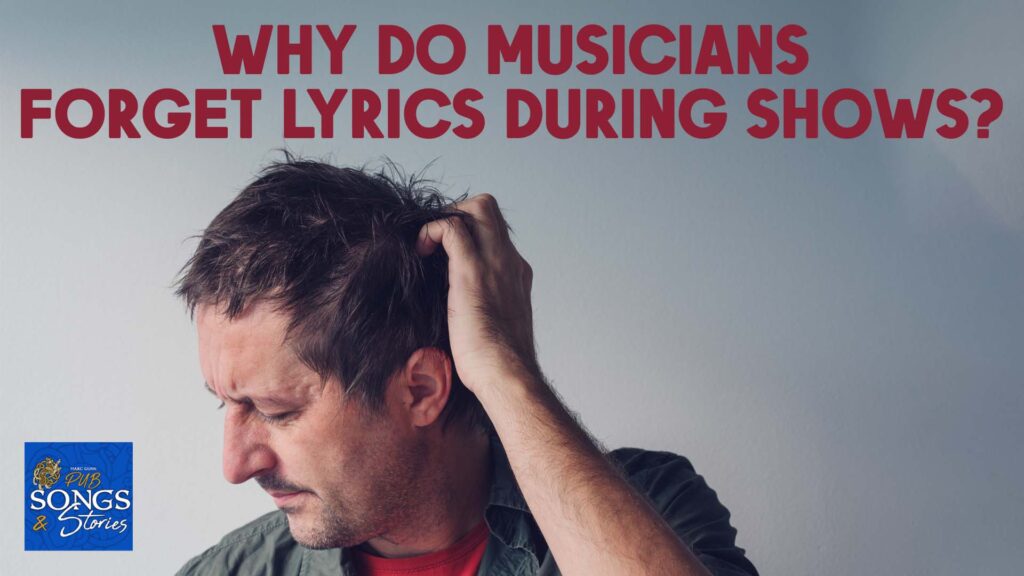 I love song requests. Heck, I think most indie musicians do. It saves me from having to think about what song to play next. Some musicians are even great asking for a tip to go with the song request. I’m not so great at that. But I still love getting and fulfilling the requests.

The one problem I have is that I have 24 solo albums. I do not know the lyrics for all of the songs on those CDs.

Did you ever see Middleman? I loved that TV show. They had this “stump the band” game. Someone would ask the musician if he could play a song. Andrew does that sometimes. He’s a whiz when it comes to playing melodies on the recorder. I, on the other hand, am not. I can barely remember many of the songs I’ve recorded. And that’s sort of how the story of “Why Do You Torture Me?” got started.

For about two years, I had a monthly residency in Marietta, Georgia at Johnnie MacCracken’s Irish Pub. I was living in Birmingham at the time. I drove there once a month to play for a small group of fans.

Almost every month, Chris would request the song “Christmastime in Texas”. This is a song I wrote early on in the Brobdingnagian Bards career. Andrew helped me refine it. It’s a satirical song about how they celebrate Christmas in Texas. Chris loves that song.

I loved it when I wrote. But I’ll be honest. Sometimes I write a song. I love it. And a while later, I realize it’s not as good as I thought it was or I hoped it was. That was certainly the case with “Christmastime in Texas”.

It was after midnight one evening. Chris requested the song. On a whim, I replied with that first line of the chorus: “Why do you toruture me? Why do you request a song that I can’t sing.”

Happily, my digital recorder was running while I improvised a new song. In fact, it wasn’t very different from the one you can hear on the latest CD, Selcouth. I definitely tightened up the verses. But it wasn’t too different.

The song captures the quirky things about writing and recording songs. Like the fact that I have written song lyrics in front of me while recording. I play the song over and over again, until I get it right.

But I think my favorite verse is the last one. Because it visually captures that moment when you’re singing a song and you forget the lyrics. It used to be a running joke with me. Because I forgot the lyrics so often during shows. Fortunately, I realized if I actually had a set list, I’d spend more time focusing on the song I’m performing and less on what the next song would be. So I remember more lyrics these days.