Liesel Wilson rediscovers her heritage with Welsh tunes and a story. This might just be the Golden Age of Celtic Music. If you could name your own beer, how would you pick the name? Can a love of travel lead to the love of your life? 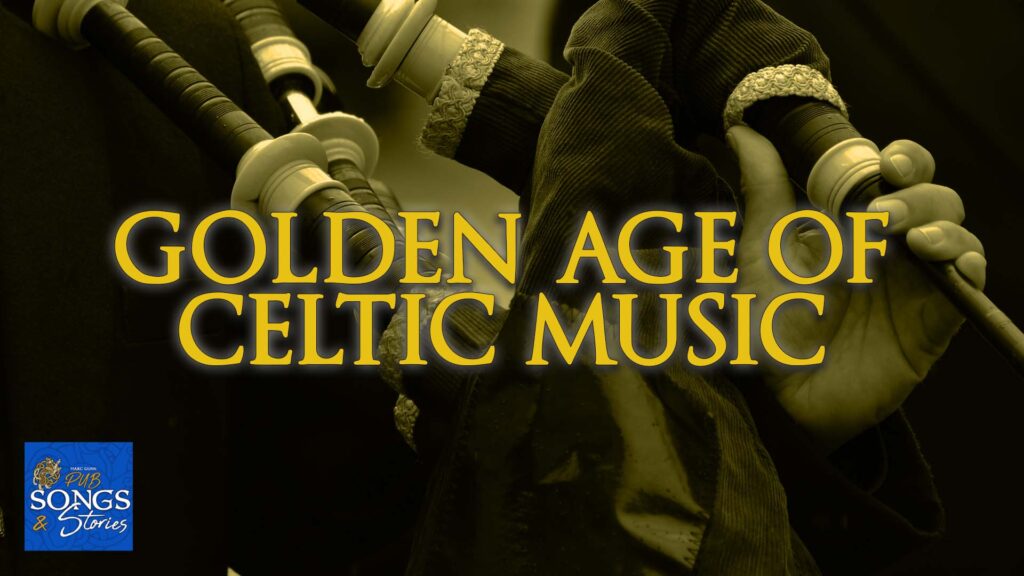 Welcome to Pub Songs & Stories. This is the Virtual Public House to share stories and inspiration behind music with your host Marc Gunn. Subscribe to the podcast and download free music at PubSong.com.

4:35 - Tuatha de Danann “The Dream One Dreamt” from In Nomine Eireann

Vince Conaway wrote on Facebook: "When I started playing faires in the nineties I was told that I’d missed the high water mark of the eighties. Now I see people in the community romanticizing the nineties and oughts and can’t help but think that we need to focus on the present and remember that we’re currently living someone’s golden age." 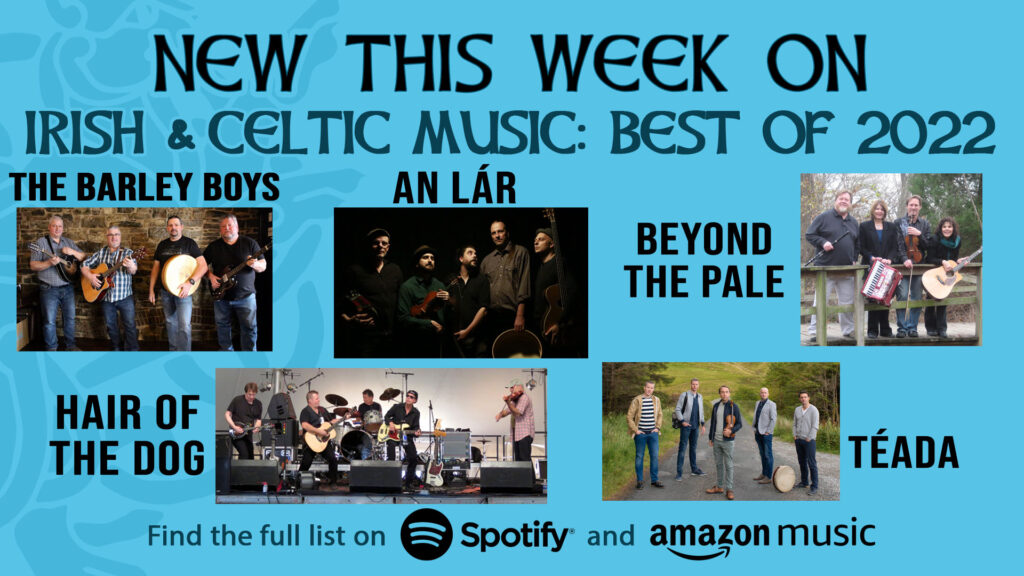 There’s a lot of great new music added to our Best of 2022 playlist on Spotify. We also added another playlist over on Amazon Music.

Listen to the playlists on Spotify or  Amazon Music. 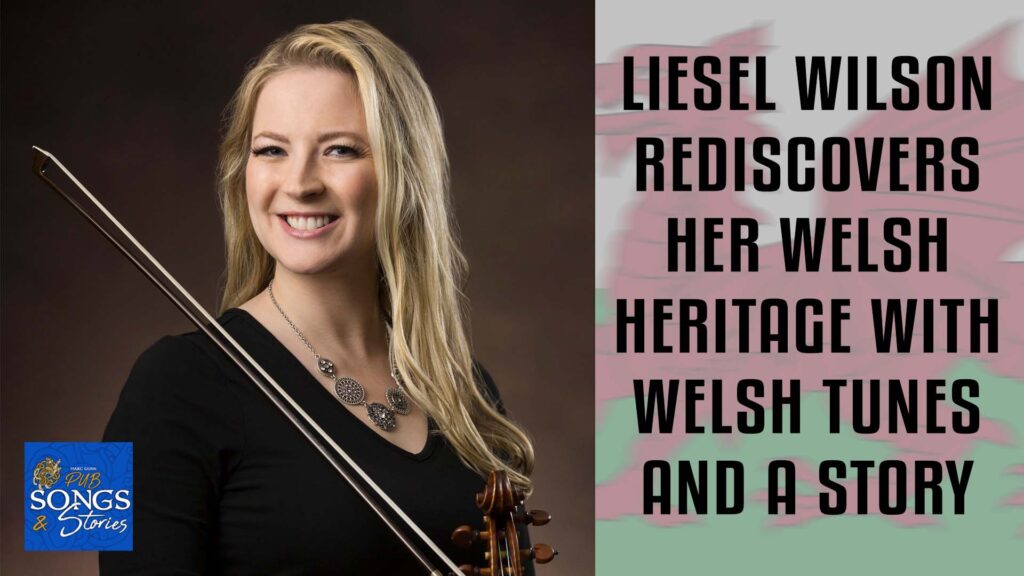 Today, we meet Liesel Wilson.  Liesel has been playing fiddle/violin for most of her life. She began playing Chinese erhu during her Chinese language studies in high school and college.  She specializes in singing in languages besides English, including Mandarin Chinese, Gàidhlig, Irish, Early Scots, Russian, Spanish, and Welsh.  She is a former member of Blue Canvas Orchestra and Chance Ensemble. She has performed throughout the U.S. and Scotland as a member of Willowgreen. They were added to the Irish & Celtic Music Podcast last year along with her own solo music.

It’s the Welsh music that we will visit today as Liesel tells the story of the “Welsh Beast Set”.

The musicians on this podcast are happy to share their music freely with you. You can find their music on streaming music sites. But streaming is a way to sample the music. If you hear something you love, these artists need your support.

Please visit their website, sign up to their mailing list and buy something. You could buy digital downloads, a shirt, a sticker, a pin, a songbook, jewelry, or even the classic physical CD. Your purchase allows them to keep making music. And if you’re not into the physical stuff, many artists accept tips or are on Patreon. So please support the arts.

If this show made you happy, then you can also join the Gunn Runners Club on Patreon. Your support pays for the production and promotion of my music and this podcast. If you have questions or comments, drop me an email.  Save 15% with an annual membership. 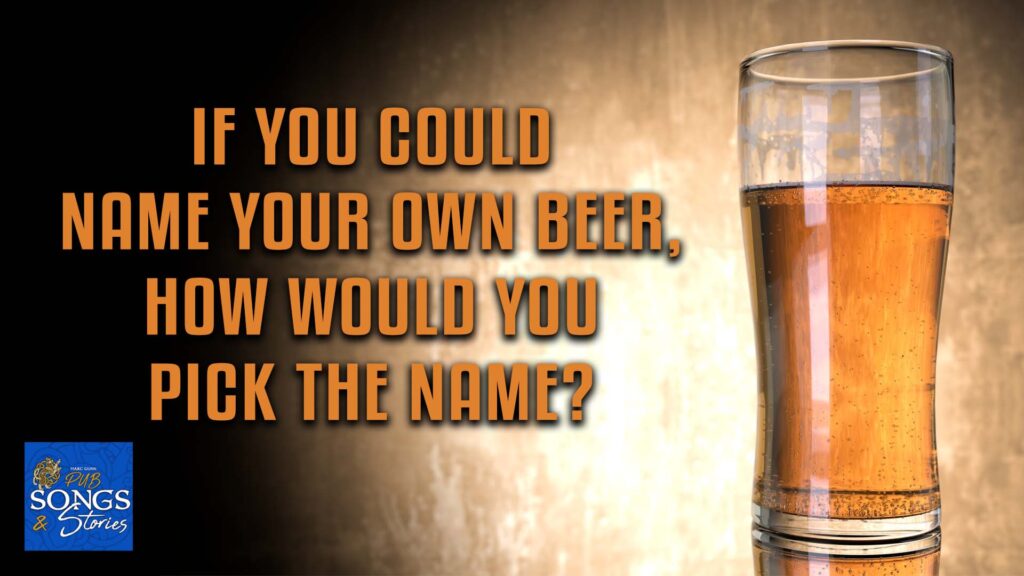 It’s time to Buy Local. We chat with Rob, the brewmaster at The Lost Druid Brewery. He’s gonna share with you how he names his beers. I love how he names them and the pop culture references that he adds to many.. Including the little known secret behind the name Doctor Strange. 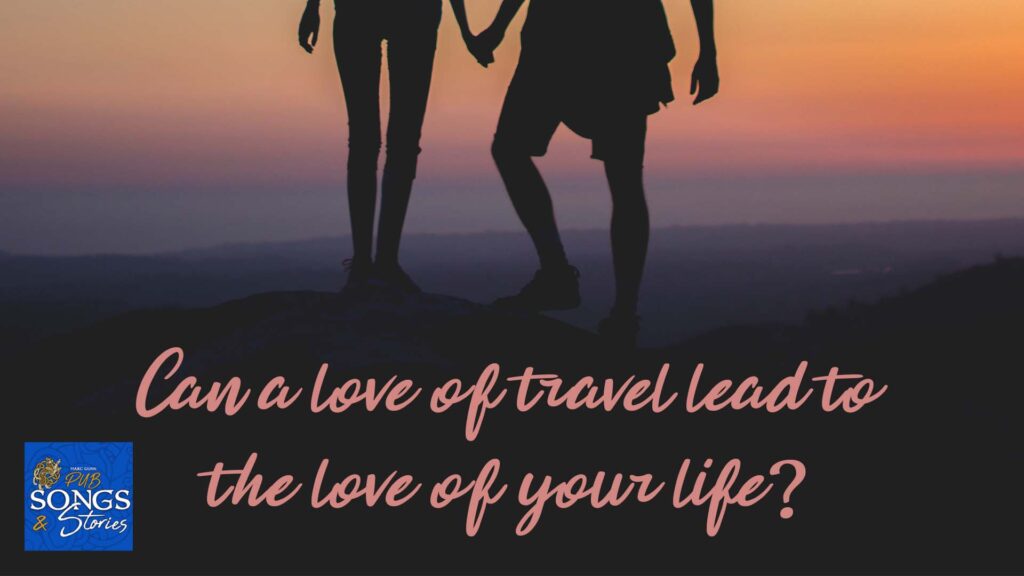 Originally, I was gonna talk about the famous Scottish song, “Loch Lomond”. It seems I already talked about “Loch Lomond” in show #199. So instead…

I fly to Texas in April to perform at Sherwood Forest Faire. My daughters are making the journey as well. It got me thinking about when I first started flying.

I don’t remember. I was talking to my dad about it. He reminded me that during summers when we lived in Maryland, he would drive us to visit his family in East Texas. His parents would then drive us halfway to meet my mom’s parents. We’d stay in San Antonio for a while. Then we would fly home.

It was me and my brother. On an airplane together.

Talking to my dad, I realized my love of traveling began in part because of those trips. Especially on the airplane. Visiting Europe! It made a HUGE impact on my life. I flew to Hawaii to visit my dad and step mom during college. The next vacation, I flew back to Italy. We drove up to Germany, France, and even saw the Floriade in The Netherlands.

I love traveling. So it was fitting when I met my future wife in 2009, that she too had a love of traveling. We love to roam.

However, it wasn’t until 2013 or 2014 that I finally wrote my first good love song for my wife. I had written others. But they never went anywhere. The song was called “Wherever I May Roam”.

I remember it was fairly easy to write too. The music I based on how I had been playing “Gypsy Rover”. It had a very pleasant rhythm that I tightened up.

One of my big goals was to write a song that was a call and response. That is to say, something that I could sing and audience members could respond to the lyric I sang.

But it’s the story that made it a love song. It was created in 3 parts. The first was my life before I met Gwen. My life was a bit rough before her. I was in a band. But I did not feel like I was growing as a musician or as a person. I was also wanting to find love.

I had to make a change. So I broke up the band. I moved from Austin to New Orleans. I tried to start over.

I learned in high school that every new year, I could sort of change my persona to be more like someone I wanted to be. Rather than who I was. But it required a radical shift.

Ultimately, I learned that I couldn’t change who I actually was. But I did learn that the radical shift could do wonders for your life.

The break up of the Brobdingnagian Bards was sad for many of our fans. But the move to New Orleans… it kickstarted my new life. I started writing new music. I recorded a ton of new albums. It launched Celtic Invasion Vacations. It also got me out on tour. At a little house concert in Reston, Virginia, I met my wife. That’s what the second verse is all about.

The final verse… Sometimes when you’re a musician in a band, you start playing music together, just music. A groove catches on. Groove seems like the wrong word. Because it’s not about rhythm, it’s about playing in sync, together. It just matches. It works.

As a budding singer and songwriter, I wanted something that was more than just a groove. I wanted a song. A beautiful song… that leads to other songs.

That’s what “Wherever I May Roam” did. I wrote my first love song for my wife. It told our story. But it also blossomed into children and more adventures than I could have possibly hoped for.

And likewise, this song also was the true start of my rhythm and folk musical style on the autoharp. The thumb lead, as they said at the California Autoharp Gathering.

42:01 - NEXT TIME - We’re talking about Kilty Pleasure and we have a story from The Muckers.